It has been a little while since I posted here – things have been busy!

Since the last update I have:

This album is “Hybrid Philosophies” – a collection of music written as part of my doctoral studies.

You can get a copy from the link above. You can also find all my current releases by going to bandcamp.

As part of the Sir Edmund Hillary Scholarship Step Higher Award I was lucky enough to head to the Himalayas to spend a couple of weeks following in the footsteps of Sir Edmund Hillary exploring a small part of his trek to Everest and the humanitarian work he was doing in the area. We visited a number of schools and a hospital that he helped build. It was quite an experience – very quiet and remarkably beautiful. The highest point we trekked to was Ama Dablam base camp at 4600m. Here are a few pictures. 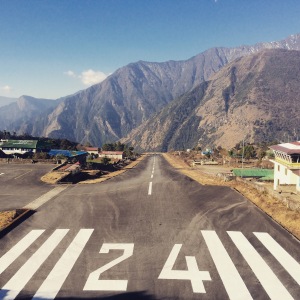 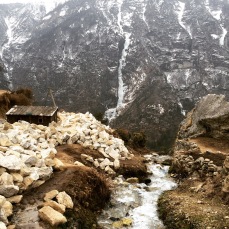 The travel also included some time in London, Adelaide, Renmark and Hamilton catching up with friends and family.

Before I left I was lucky enough to collaborate on a project with the Otago University Brain Health Research Centre. Working with neuroscientist Professor David Bilkey I composed a piece of music designed to spark responses in the brain that would be visable on an EEG brain scan. Then for the premiere performance at the Otago Museum there would be someone attached to one of these machines and the brain wave scans would be projected on to a screen as part of the presentation.

You can find out more about it in this clip from One News.

Or in this article from the Otago Daily Times. 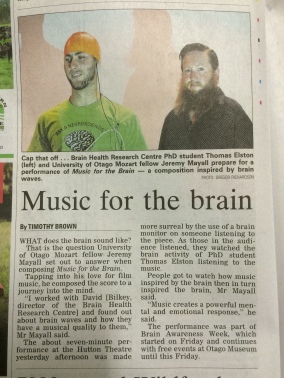