Dr. Jeremy Mayall is a composer/performer/artist/researcher from Hamilton, NZ.

His work is primarily in music, sound art, installation and multimedia formats, with a focus on exploring his fascination in the interrelationships between sound, time, space, the senses, and the human experience.  Collaboration is at the core of much of his multi-sensory work, and recent projects have included work with musicians, dancers, poets, aerial silks performers, theatre practitioners, scientists, perfumers, bakers, authors, sculptors, filmmakers, pyrotechnicians, lighting designers and visual artists.

He is now the CEO of Creative Waikato, a Regional Arts Development Agency. Prior to that Jeremy was the Research Leader and a Postgraduate Supervisor in the School of Media Arts at Wintec. He has also been the Mozart Fellow (composer-in-residence) at Otago University for 2014-2015.

Jeremy completed his PhD studies in Music Composition from The University of Waikato in 2015. His doctoral project was in musical composition exploring cross genre hybridity, and he was awarded a full Doctoral Scholarship to pursue this. Through his study at Waikato Uni, he was one of the inaugural Sir Edmund Hillary Scholars, was the Wallace Corporation Creative and Performing Arts Person of the Year in both 2005 and 2011 (the only person to have received this award twice), and was the inaugural winner of the Hillary Medal in 2006, as well as being one of the winners of the Step Higher Award for leadership.

As both a composer and performer, Jeremy is interested in writing for unusual combinations of sounds, particularly through the fusing pre-recorded sound with live performance. Some of his most recent work has been in collaboration with world renowned taonga puoro expert Horomona Horo where they combine the sounds of taonga puoro with electronic soundscapes. This collaboration has included performances in Boston and New York, a tour and exhibitions in China, as well as commissions for the New Zealand Symphony Orchestra, NZ Trio, WOMAD, The Meteor Theatre, and MESH Sculpture Hamilton.

Jeremy has also worked in creating immersive installations and exhibitions, including work in Otago Museum (FLUTTER); Ramp Gallery (PLUNGE); Wallace Gallery Morrinsville (AMONGST); Hamilton Central (Contained Luminescence and MESOVERSE); Nancy Caiger Gallery (PLUMBUM); as well as having work as a finalist in both the Wallace Art Awards and the National Contemporary Art Award.

In 2005, Mayall premiered his ‘Symphony No.1 for orchestra and turntables’ which was the first orchestral symphony to feature turntablism as a part of its composition. The piece received numerous readings and performances by orchestras around NZ. Jeremy also works regularly as a performer, mostly specialising in live electronic sound manipulation and synthesizers. He has been a soloist with the Auckland Philharmonia and the New Zealand Symphony Orchestra. He has composed the score for over 40 short films and 4 feature films. He has created music for musical theatre, exhibitions, theatre, dance, circus, and books. He has also created sounds for meditation and sleep, as well as projects for perfume and cocktails.

Recently Mayall has been working with a multimedia ensemble, Dr. Mesmers Private Army, who have been performing in festivals in NZ as well as a recent tour to China. He has run innovative concert event series like ‘Piano and Eggs’ (a breakfast concert series that ran for 2 years), and ‘Music to make things to’ a creative community event at The Meteor Theatre.  He has contributed music to over 30 albums most of which are currently available online (see links below).

Jeremy is also a published researcher whose work has been exploring areas of: cross-genre hybridity; music and the senses; the nature of time in musical performance; music and the brain; art and wellbeing; and indigenous and non-indigenous collaborative art practice (with Horomona Horo). His research is primarily explored through creative-practice. He has been a guest speaker at events like: The Combined Community Trusts of NZ Conference; Otago Brain Awareness Week; Catalyst Trust; Neuroscience in Education Conference; as well as at a number of tertiary institutions throughout NZ.

Outside of music and the arts, he is the proud father of Wolfgang, and enjoys spending time with his son and his lovely and talented wife Courteney. 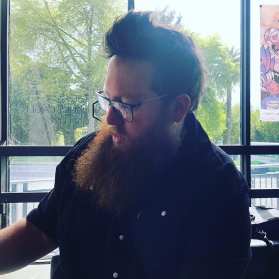